When you book with an account, you will be able to track your payment status, track the confirmation and you can also rate the tour after you finished the tour.
Sign Up
2537

Why Book With Us?

Do not hesitage to give us a call. We are an expert team and we are happy to talk to you.

A passage to Circum-Baikal Railway (CBR)
Circum-Baikal Railway is a unique historical and cultural complex including monuments of history, technology, engineering, nature and absolutely unique landscapes. Constructive works and civilian objects left by past cultural epoch most directly touch with geocomplexes.
Circum-Baikal Railway surpassed all the built rail tracks in the world in the number of various kinds of work per 1 km of track and the difficulty of their implementing. It is indeed considered to be the most beautiful railway in the world. 39 tunnels, 500 gutters, culverts, bridges and viaducts including 6 gutters, 15 stone culverts, 411 small metal bridges and so forth were built on the railway.
The motor ship stops for a night in the convenient bay of Circum-Baikal Railway.
Guided walk through abandoned tunnels and galleries.
Dinner on the board of the ship.
Walking guided tour through abandoned tunnels and galleries of the beginning of the 20th century after dinner. The route starts from Ulanovo station (Khvoinaya – 98 km of CBR) and takes place along the lake shore (about 1.5 km) among a most beautiful nature.
Khvoinaya station (Ulanovo). Khvoinaya is the only station that was abandoned after the line had become a deadlock. There are still a few facilities. They are a stone building with a water-lifting pipe and the foundations of lost buildings. Four station buildings of “Nicholas Train Empire” style were re-constructed.
Supper on board the motor ship
Overnight stay on board the motor ship in one of the convenient bays of Circum-Baikal Railway. The captain can take a decision to bring the motor ship up on the night in Bolshie Koty Settlement located 40 km away from Circum-Baikal Railway due to poor weather conditions.

Bolshie Koty is a settlement located on the western shore of Lke Baikal, 20 km to the north of Listvyanka settlement. Its name originates from the words “kotky” or “koty”. It was a name of wooden shoes that was made for convicts in this place. At first Bolshie Koty was a settlement of gold diggers. Gold mining began there in 1842. Exploration has been conducted in the valleys of the rivers Bolshie Koty, Malye Koty and the river Sennoy. More than 160 kilograms of gold have been mined near Bolshie Koty for half a century. The settlement has become one of the most convenient and popular tourist des-tinations in recent years due to its proximity to Irkutsk and Listvyanka on the one hand and due to its sufficient isolation allowing to preserve the picturesque local nature on the other hand. There is a Mu-seum of Baikal and the Aquarium of the Institute of Biology in Bolshie Koty. One can also buy unusual Baikal souvenirs in local souvenir shops and have interesting walking tours.

Start of voyage from lodging place to Peschanaya Bay at about 6 a.m.. The bay is famous for its stilted trees, magnificent sea views from the cliffs surrounding the bay and a great sandy beach.
Breakfast and dinner on board the motor ship.

As an option you can have two-hour walking tour to Sennaya bay, a cordon of Baikal National Park, along the scenic mountain path passing over the lake shore along the spur of the Primorsky Range. On the way you would visit Babushka Bay that is one of the most beautiful on Lake Baikal.
Russian banya on the shore of Lake Baikal in the evening should be paid for separately to maintainer at destination. After good warming up in banya one can take a dip in cold water of Baikal.
Dinner on the board of the ship.
Supper on board the motor ship.
Overnight stop on board the ship.
The distance of the voyage is 100 kilometers, travel time is 6 hours.

Day 3Petroglyphs of the rock Sagan-Zaba

Start of voyage at about 6 a.m. from Sennaya bay along the western shore to the North to Olkhon Island, the largest island on Baikal and one of the sacred places of the Buryat people and shamanistic religion. Travel time is 8-10 hours.

Lake Baikal is a blue heart of Siberia and Olkhon Island is a heart of Baikal. The island is a geographi-cal, historical and sacral center of the lake and the center of ancient legends and historical tales.

Breakfast
A small boat trip along the Little Sea.
About from 12 to 2 pm disembarkation of passengers in the village of MRS (Sahurta).

Those who interested can disembark on Olkhon, in the area of the ferry crossing (must be warned in advance).
The end of the cruise «Journey to Olkhon».

I’m a solo traveler can I join a group?

Yes, we can offer you a SINGLE room accommodation at the hotels.
We can also join you in a group. Please, send us your desired travel dates.

How can I book this tour?

Please, send us the desired travel dates, number of persons, your passport and flight details. We sign a contract with you, and on the basis of the contract we will send you the invoice for the prepayment. You can pay by credit card (VISA or MASTER CARD) and in cash. After we receive the prepayment we will send you the confirmation of the program.

Which currency is most widely accepted on this tour?

The price is fixed in RUB. The price in EUR/USD changes every day according to the current exchange rate. All the payment details we will send you by e-mail.

Do the restaurants provide vegetarian menu?

When is it necessary to book a tour?

The best time to book a tour is 1-2 months in advance. Please note that almost all the tours require the Early Booking. The earlier you book the tour and pay for it, the better price you will have. For individual programs the booking time is 2-3 months before the start of the tour. June – September (summer) and January – March (winter) is a high season, so you should take care of your vacation in advance. In this case, you will get the best hotels, the best guides and the best programs. However, if you decide to go to Lake Baikal on the eve of your planned vacation, we will still be glad to offer the best program and services due to our vast experience in this field.

Who will meet us in Irkutsk?

Before you arrive in Irkutsk we will already have all your travel details. So you will be met by a company representative (tourist guide) with the sign “BaikalNova” or your “NAME” at the airport (or at the train station).

Do you have a discount system or any special offers?

Yes, we have some special tour discounts. Besides, we can provide an individual discount after we discuss your program details.

What kind of transport do you provide?

Do you have a German speaking guide?

Yes, you can be accompanied by a German speaking guide. Our company works with French, German, Italian, Spanish, Chinese, Japanese, Korean, Polish and English speaking guides. All our guides are certified for the guiding practice and accredited in the museums of the city. They are all in love with Lake Baikal and their native land. So, they are sure to help you discover traditions and the unique beauty of our Siberian land.

What's the difference between an electric train and a retro train?

Difference between the trains is that the retro train has a real steam locomotive at the head of the train. This fact makes the train more authentic. The carriages of both trains are almost the same, except that the electric train has two classes of carriage.

What kind of services affect the cost of the program?

What should we take for a winter trip?

Participants of the tour must have adequate warm clothes for winter expeditions and additional equipment: a sleeping bag, a down jacket, insulated coveralls, a fleece jacket, a warm hat, 2 pairs of warm socks and gloves, winter boots, sunglasses, insect repellent, sunscreen, a personal flashlight, personal first aid kit, a large towel for bathing in the springs.

It is strongly recommended to have vaccination against tick-borne encephalitis. Ticks are active from early May to mid-July. Although we avoid visiting places of greatest tick-borne activity, insurance of encephalitis is included in the cost of our active tours.

The time of embarkation and disembarkation can change, additionally specify when booking a cruise.

To know all the current prices refer to the managers 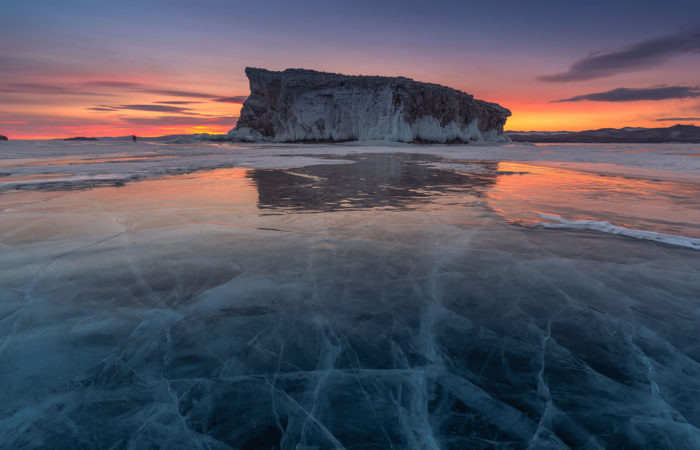 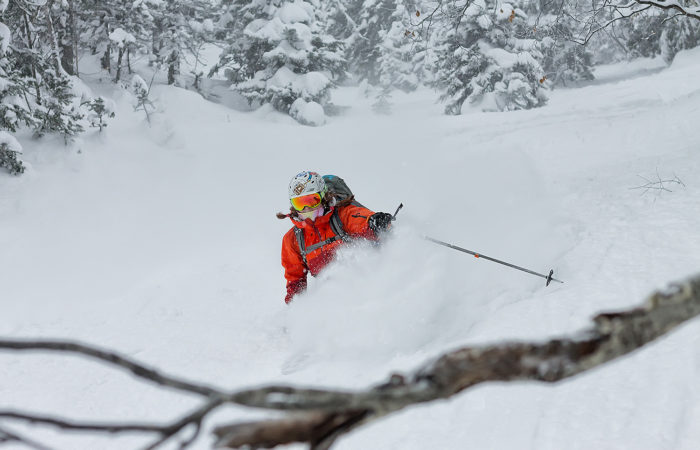